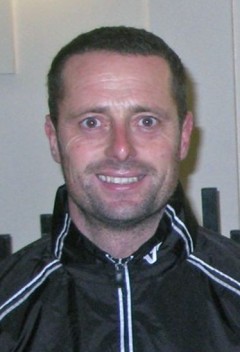 Ben has been coaching children for the last 5 years and is an FA Qualified Coach. He has completed courses in emergency aid, safeguarding children and is fully enhanced CRB checked.

As a player, Ben played for Brighton and Hove Albion youth teams and captained Sussex at U18 level before moving into senior football where he played for Eastbourne United, Eastbourne Town, Peacehaven and Newhaven.
Whilst playing, Ben moved into coaching local youth players and has enjoyed huge success with his youth side at Ratton Rangers Youth FC, where they have reached the County Cup Final twice in the last 3 seasons and had several players move onto a professional football club academy.
He later moved into coaching adults and has been head coach at Worthing United and AFC Uckfield both of who  compete in the Sussex County Football Leagues division 1.
Ben is now the coach and assistant manager of Sussex Schools year 9s that last season reached the semi finals of the national cup, before losing narrowly to Merseyside Schools.